Coach Nick picked up lacrosse in its inaugural season at Bellaire High school in 1989 when he was a Senior and went on to play several years of box lacrosse and club team lacrosse for the University of Houston. In 2012, Coach Nick's daughter Nina was in 7th grade and playing for the Pershing Girls Lacrosse team. His son Alex was a 6th grader who was looking for a middle school sport.

In 2016, Houston area summer lacrosse programs began to close rank and decreased the number of summer teams that they would be fielding. This left a serious team void for high school lacrosse players, especially “inside the Loop."

Coach Nick’s alma mater, Bellaire High School, came calling the summer of 2017 with an opportunity to lead the Bellaire Men’s Lacrosse team. Given Coach Nick’s desire to grow lacrosse in inner-city Houston as well as to provide young men the opportunity to learn the sport and all the life-lessons that come along with it, coaching the Bellaire Men’s team was a natural next step. As for Coach Nick's kids, Nina was a three year varsity Attackman for Lamar HS Women's Varsity Lacrosse team and Alex was a starting Attackman for the Lamar HS Men's Varsity Lacrosse team his Junior and Senior years.  Alex is currently playing middie for LSU Lacrosse Team. Zachary is in fourth grade and will be competing for Magnolia Lacrosse Club after playing three years for HYLAX. Coach Kyle has played lacrosse since the 7th grade and continued on in high school where he played for the Fort Bend Rangers under Coach Rusty Jenkins. During high school, he was Varsity Defense all four years. After graduating high school, Coach Kyle went on to play for the University of Houston from 2014 - 2018.

He is currently applying for MBA programs after having graduated from the University of Houston. During his collegiate lacrosse career, Coach Kyle has been the Vice President and President of the UH Men's Lacrosse team. His main focus for Bellaire Men's Lacrosse will be defense, defensive middies, clears and making this team a tough and physical defense. 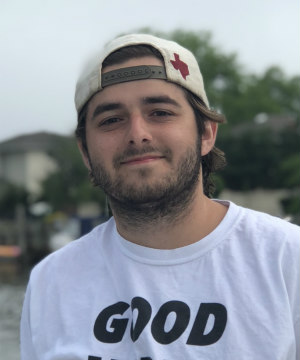 Matthew began playing lacrosse in 5th grade. He went on to play at Pin Oak Middle School, Bellaire High School and currently plays at the University of Houston. He is working to receive a Bachelor of Science in Economics.

During his time at Bellaire, Matthew played all 4 years on varsity and played for select teams such as the Houston Hurricanes and Next Level Lacrosse in the off season.

His main focus for the Bellaire Men’s Lacrosse Team will be offensive logic and decision making.

Coach Doxey is a recent graduate of the University of Houston where he played Attack for the Cougars and studied Business Management and Sales. While playing for the Cougars, he won Lone Star Alliance MVP, Offensive Player of the Year, and First Team All-Conference Attack and set several scoring records for the program.

He has been playing lacrosse for 12 years, starting for the Kingwood program until leaving the Junior Varsity team as a Freshman in high school to start Atascocita Lacrosse. Coach Doxey is looking forward to working with different style players to create a balanced and effective offense while building players' individual skills to help grow the Bellaire lacrosse program! Coach Doxey previously coached for the Houston Cougars Summer lacrosse team in the summer of 2018 and 2020.